Hiya everyone! Today I’m going to write about the Funny anime character names I’ve come across.

Names are probably the most important part that every author puts a lot of effort into. But there are also authors who give their characters some funny names. Here’s a list of the most funny anime character names ever!

(Yeah they literally said that in the anime)

Ketsuno Ana is a character from Gintama. She plays a minor role as the weather forecaster. Now coming back to her name, the author has clearly played with words here. While viewing in Kanji this might sound like a reasonable name for a person.

But if you break the name down and see their meaning separately, it’s completely different.

The word “ketsu” means butt, “no” is a particle which is used to indicate possession and the word “ana” means hole. You can see where this is going right? ketsu-no-ana = butthole.

I think I don’t have to mention what’s so funny about this anime character’s name, right? He’s from the anime Ginga Eiyuu Densetsu.

Dik Dik Vandik is a side character from Ultimate Muscle (my favorite childhood anime.) Unlike the above guy, our not so friendly antelope dude has 3 “diks” in his name.

However it’s good to know he’s proud of his own name. He even makes a lot of dik jokes (in the Legends vs New Generation game at least. I forgot about the anime since it’s been a long time. So I’m not sure if he made such suggestive jokes in the anime.) 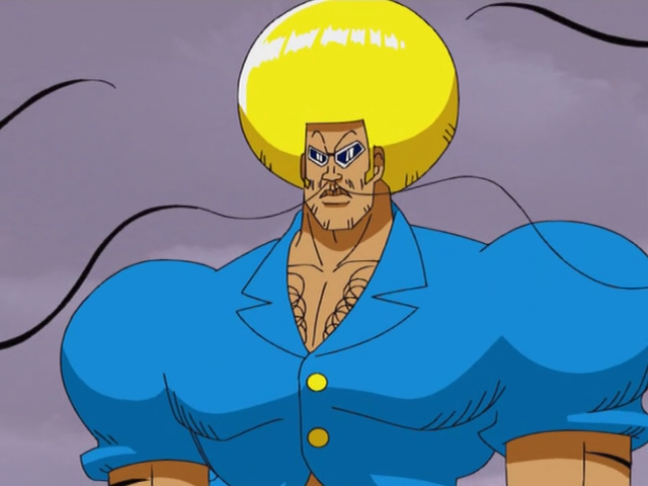 Bobobo-bo Bo-bobo is the main character of the anime Bobobo-bo Bo-bobo. They didn’t even try with this name lol. I mean, who in the right mind would name their child that?

Well done with the naming there lol. He’s a character from the anime Mardock Scramble: The First Compression.

Leave it to Gintama to give funny anime character names.

Well, this meme pretty much sums up what I was about to say. For those who don’t know (like there’s a human on this planet who doesn’t, but just in case) these three are from Dragon Ball z.

Trunks? Was his name inspired from underwear? Really? (Trunks is another Dragon Ball z character.) 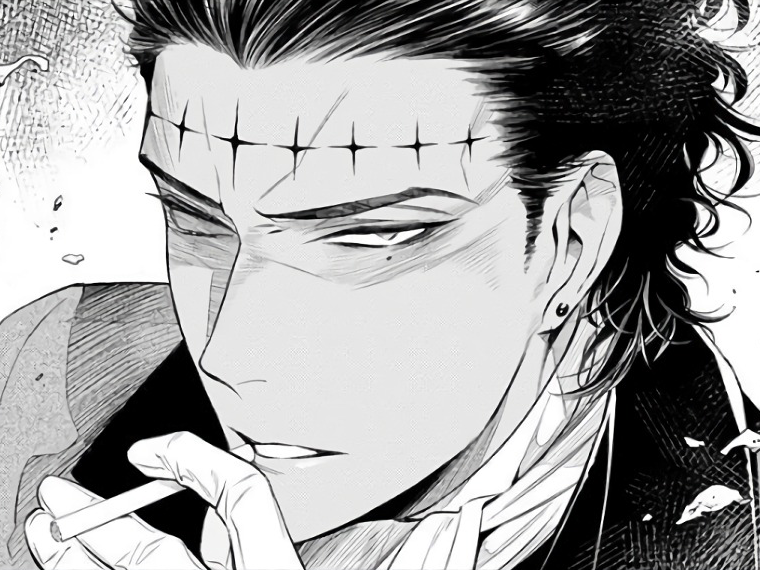 Tykki Mikk is from the anime/manga D.Gray-man. I have no idea what the meaning of those words are , but it’s just funny and kinda cute.

Kiss-Shot-Acerola-Orion-Heart-Under-Blade is a character from the Monogatari series. This one is all over the place. Firstly, it shouldn’t even be a name for a person. Sounds like the name of a special attack to be honest.

(Well, his nickname Gorilla after all. He’s expected to have an afro down there and on the rear too.)

Kondou-san is a Gintama character who’s also known as Gorilla. I’m not sure about this one because I haven’t been able to verify this. But somewhere in the deepest depths of an anime forum I found someone mentioning that “Kondo” is a slang word for condom in Japanese.

Bluesy Fluesy is the main character of the anime Taboo Tattoo. Rhyming names are always funny. This is probably what I’ll name my pet in an online game but this is actually her name in the anime.

TetsuTetsu TetsuTetsu is a side character from My Hero Academia. This is it people! This is the peak of creativity humanity has been able to reach. It basically means “Iron Iron Iron Iron.”

Another one of the characters from Gintama. I used the (ever so unreliable) Google Translate to see what his name meant and it said “Wig.” Seeing how he has such wonderfully long and smooth hair, the author might’ve meant this one.

These are all the funniest anime character names that I know. Did I miss anything? Let me know in the comments below!