If you’re looking for a complicated plot in your anime, then look no further! This list includes ten anime with complex stories that will keep you guessing. From mind-bending психологический mysteries to war-torn worlds, these anime will have you hooked from start to finish. So sit back, relax, and get ready for a wild ride!

There are a lot of great anime out there with complex and interesting plots. Here are ten of the best:

Death Note is a psychological thriller that will keep you guessing until the very end. This anime is well known for its complex story telling and insane plot twists. It’s about a high school student named Light Yagami who finds a notebook that can kill people whose name is written in the book. He starts using it to kill criminals, but soon, brilliant detective named L begins to hunt him down. This anime will keep you on the edge of your seat the whole way through!

Attack on Titan is an action-packed anime with a dark and gritty plot. It’s set in a world where humanity is forced to live behind giant walls to protect themselves from giant humanoid creatures called Titans. When the Titans break through the wall, it’s up to Eren Yeager and his friends to fight back and save humanity from extinction. This anime is full of non-stop action and will have you hooked from start to finish!

While the plot of this anime might not look that complicated at start, it has several details that, if you notice, will make you realize how complex it actually is. Not to mention, it also has a lot moments that will make you re-think what’s good and what’s bad.

Naruto is an epic ninja adventure with a long and complicated plot. It follows the story of Naruto Uzumaki, an orphaned ninja who dreams of becoming the Hokage, the leader of his village. The series spans several years and features hundreds of characters, all with their own unique backstories and motivations. If you’re looking for an anime with depth and intrigue, Naruto is definitely worth checking out!

Fullmetal Alchemist: Brotherhood is another great anime with an intricate plotline. It tells the story of two brothers, Edward and Alphonse Elric, who use alchemy to try and bring their mother back from the dead. Things go horribly wrong, however, leading them on a journey across the country in search of the legendary Philosopher’s Stone. Along the way, they meet colorful characters and make new allies (and enemies) as they try to restore what was lost. FMA:B is one of the best show in the history of anime, so if you haven’t seen it yet, definitely add it to your list!

Tokyo Ghoul is set in an alternate version of Tokyo where flesh-eating ghouls live among humans. The main character, Ken Kaneki, becomes half-ghoul after surviving a ghoul attack, which leads him down a dark path as he tries to come to terms with his new identity. The plot only gets more complicated from there as different factions within both societies start warring against each other-all while Kaneki struggles with what he really wants deep down inside himself. With its mix of intense action, gore, drama, romance (and even comedy at times), Tokyo Ghoul is definitely not for everyone-but if you’re looking for something different, this show is definitely worth checking out!

Steins;Gate tells the story of self-proclaimed “mad scientist” Okabe Rintarou, who stumbles upon time travel while working on one of his inventions. He then has to decide whether or not to change history itself in order to save those close to him—resulting in some truly mind-bending twists along the way. If you’re looking for an intelligent sci-fi thriller that will mess with your head, Steins;Gate should definitely be at the top of your list!

Fate/Zero takes place 10 years before the events of Fate/Stay Night (another great anime worth watching!). And focuses on the War of the Holy Grail, which pits seven mages and their powerful servants against each other in battle. While Fate/Stay Night focused on more personal stories of individual characters, Fate/Zero takes a broader view and fleshes many aspects of the original universe much better in my opinion. So if you enjoyed Fate/stay night or just want see another great Fate series , give Fate/Zero watch !

Wolf’s Rain is a dark and atmospheric anime with a complicated plot and a unique premise. It’s set in a post-apocalyptic world where humans think they are the only remaining intelligent life. However, there are actually wolves who can disguise themselves as humans-and it’s up to Kiba, one of these wolves, to find the “paradise” that is fabled to exist. Along the way, he meets other interesting characters (both human and wolf) and the plot only gets more complicated from there. With its mix of action, drama, mystery, and romance, Wolf’s Rain is definitely an anime that you should not miss!

The Monogatari series is a bit of an acquired taste, but if you enjoy shows with weird, abstract, and non-linear storytelling, with a bit of a complicated plot, then this is definitely the anime for you! It follows strange and unique characters as they go about their lives and get involved in all sorts of bizarre situations. The plot is hard to explain (even for me!) But trust me when I say that it’s unlike anything else you’ve ever seen before. If you’re looking for something truly original, give the Monogatari series a try!

Durarara!! is another great anime with a complex and interesting plot. It’s set in the city of Ikebukuro, where all sorts of strange and dangerous things happen on a daily basis. The main character is a high school student named Mikado Ryugamine, who gets caught up in all sorts of trouble when he moves to the city. Along the way, he meets an eclectic cast of characters, each with their own unique story to tell. Durarara!! is a fast-paced and thrilling ride that will keep you hooked from start to finish! 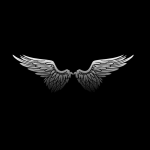