There are several music artists and groups that write songs for the opening or ending of animes. Many of these people are famous artists that we just didn’t realize were featured in anime as song artists. This article discusses some of these famous music groups that wrote songs for anime.

Koshi, Keigo, Take, Got, and Iwasaki are the five members who make up the Flow musical group they started in 1998. The band is a popular one in Japan with ten albums and 30 single releases to their name. The FLOW group major in Pop Rock and Alternative music and is known to have produced several openings and endings for animes.

Listening to their songs is all fun and vibes as they’re able to lift your mood and cheer you up instantly. Their soundtracks featured in anime usually involve amazing vocals, upbeat music and are full of character. Seven deadly sins, naruto, code Geass, eureka seven are some of the anime that this music group has made music for.

Songwriter Ryo and vocalist Chelly are the duos making up the egoist group. The combination of both ladies has brought us lovely music. Ryo can write beautiful songs and Chelly, being a fantastic vocalist, gives the written song life with her voice. Together, these two have made songs that would ensure that you hum the soundtrack, at least if you won’t sing along.

They’re known to kick off many of their songs with an electronic kind of beat while Chelly does the singing. This group created music for both the opening and the ending for Koutetsujou, no Kabaneri. Although it had an impressive and dynamic start, the conclusion is the beautiful part where it goes intense. According to Australian assignment help, some of the songs that the Egoist has produced that have been used in anime are monsters without a name, everlasting guilty crown, Koutetsujou no habanero, and Fallen.

This band has focused on producing alternative rock music since they created it in 2005. It is already a popular group among anime lovers because they already provided soundtracks for Haikyuu and Gintama. There are four members of this group. They are Ike on vocals, Kenta on drums, Mike on bass guitar, and UZ on guitar. Together this group has released tens of singles and albums for their fans to jam to. It is easy to instantly know when their song is playing by just recognizing Ike’s voice. Their songs are close to perfect and can cheer you up and improve your mood, no matter what it is.

Imagination, samurai heart, I’m a believer, my world, last moment, etc. are some of the beautiful songs that this group of artists has produced and used in animes.

This group often produces songs that are described as sad and profound. However, those songs are perfect in many ways and carry emotions that are conveyed such that it can lead many people to tears. In short words, the band usually produces very wonderful lyrics with feelings to accompany their song.

Unravel, abnormalize, enigmatic feeling, and signals are some of their songs that have appeared in animes.

Sid is a rock band consisting of 4 members (Aki, Shinji, Yuuya, and Mao). This group has an area of specialization in music, and they can create songs with different kinds of rock, such as hard rock, dance, pop, and alternative rock. However, most songs that are produced by this group are usually dramatic. Similar to other rock bands, roles are shared among the members. Mao is the vocalist in the squad, While Shinji plays the guitar while also backing up Mao, Yuuya is the drummer, while Aki backs up and sings as a vocalist while, at the same time, playing the bass guitar.

They do have a range for their songs. It can be emotional and accompanied by beautiful vocals, or it is heartfelt. Sometimes it can be satisfying to listen to the anime rock style (which is quiet). Most people who claim to listen to them don’t even know this genre. Whatever the type of song that they sing, you can be sure that they killed it.

There are still a lot more famous music groups that have written songs for anime too. Some of our favorite music groups wrote some of these songs that we fall in love with from anime, and we just didn’t know.

Joshua Sharp is a professional essay writer and blogger from Oxford, working as a local college-paper journalist. He is interested in traveling, different cultures, and social connections.

Joshua started work as an author of the blog, which connected with cultural differences. He is professional in media, art, public relations, and different news. Also, he is fond of psychology. You can connect with him on Facebook or Twitter. 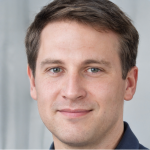