Immense training! Shattering the limits oneself! Rivalry! Willpower! Dreams and goals! Mix ’em all together and you’ll get amazing anime tournament arcs. If you love these kinda anime, here’s a list of anime that I believe has the best tournament arc.

(As always, I’m not gonna mention Naruto, Dragon ball series, One piece, Fairy tail, Yugioh series or any of those kinda big titles as it’s only obvious they have amazing tournament arcs. I’ve also skipped the sports genre in this listing. If that’s what you are looking for you can click here to go to the best sports anime listing.) This is the legendary superhero anime that took the world by a storm, and has been held in high regards ever since.

In this tournament arc, the freshmen of U.A high showcase their unique talents and abilities to the world, to get the attention of the pro heroes.

Still not being able to use his powers without damaging his body, Izuku uses every trick he can to minimize the usage of ‘one for all.’

However, as he faces strong opponents in a 1-1 tournament, he is forced to use his powers.

Heavens arena is probably one of my most favorite arc in Hunter x Hunter.

This tournament arc features Gon and Killua participating in fights in order to train themselves, earn money and find Hisoka and return his badge.

They fight their way to the top floors of the arena and learn about the art of Nen, thus gaining more power and finally the duel between Gon and Hisoka begins. 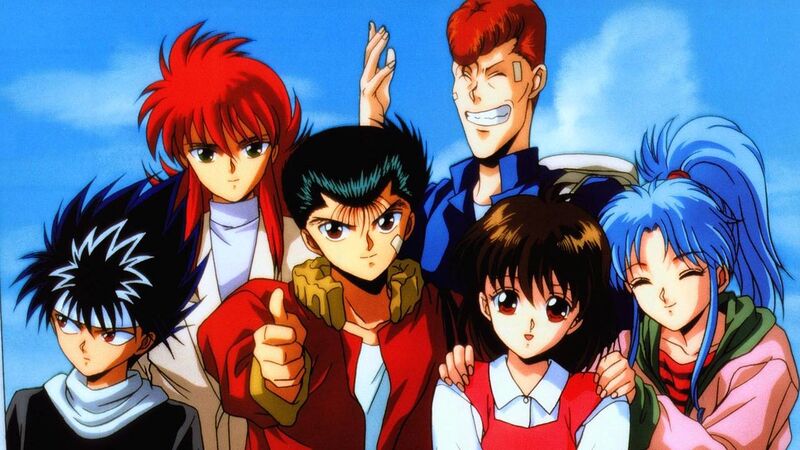 Yusuke Urameshi once again meets Toguro, who threatens him to enter the “Dark Tournament”, or else his friends lives will be in danger.

The growth of the characters and the plot itself are one of the most amazing thing about this arc.

Food wars. It’s just a cooking anime. How good can it be?

If that’s what you are thinking you’re in for a world of surprise. This anime is just as good as an anime can be.

This is the anime that opened the world of foodgasm.

The entire anime is based on cooking contests and tournaments, where the characters grow beyond the limits and learn something new in order to become the greatest chef ever.

Soma Yukihira, the son of a legendary chief, who’ve been passionately cooking and serving dishes in his father’s restaurant Yukihira,  enters the Tootsuki Culinary Academy.

He finds himself challenged all the time with the academy’s test called “Shokugeki” or “food wars,” where students face off  each other in intense, high-stakes cooking showdowns.

Shamans-people who can command and control spirits, gather once every 500 years and confront each other to select the Shaman King.

Yoh Asakura, the laidback and carefree shaman aims to become the next Shaman king.

He gains the aid of his spirit friend, Amidamaru, after fighting off a group of thugs who were hogging the graveyard for themselves.

Together with his friends Yoh participates in the tournament, where he learns that something dark was about unfold. 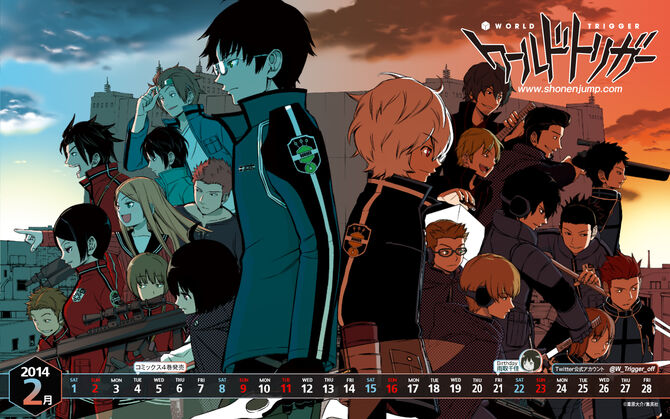 Before I begin, I must ask you to never watch this anime in the dub. It was absolutely horrible.

So if you are a dub watcher, consider watching sub for this one.

Setting that aside, this a really amazing anime with good plot and character development.

A gate to another sudenly opens, and creatures called “neighbors” invade Earth.

Now it is in the hands of Border Defense Agency (BDA) to protect Earth with the help of “Triggers”-only weapons that can be used to combat neighbors.

In this arc, Osamu, Kuga and Chika participate in the ranked battle, a system within the BDA to decide the status of a team.

The god of time and space who has reached his limits, has selected candidates from Earth to become the next god.

The candidates are endowed with the power of “diary”, which differs from one another in terms of ability.

Yukiteru Amano, a lonely high school student and his crazy stalker Yuno Gasai are one of the candidates.

The last one to survive wins. Who will survive till the end?

Ryouta Sakamoto, a top player of the online game “Btooom!” is abducted and finds himself in the middle of an island disconnected from the rest of the world.

Soon he realizes that someone has recreated his favorite game in real life. Armed with unique bombs, each player has to kill the rest of the players in order to win.

Thus, the contest of death begins.

Black clover is kinda like the mix of all the epic anime moments that were ever created. So you can definitely expect this anime to be at the epitome of epic-ness.

Although this anime has been getting some hate for “not being original” and being more like other shounen anime, it has proven to be undeniably enjoyable nonetheless.

In a world full of magic, Asta is born without any talent of it. Hence, he trains his body to make up for his inability to use magic.

Along with his only rival, Yuno, a prodigy when it comes to magic, he aims to become the “Wizard king.”

In this arc, the tournament is held to select the candidates who are powerful enough to fight off the evil clan, “Eye of the midnight sun” and weed out the Magic knight who was under the influence of the evil clan.

[…] Hunter X Hunter is one of the top rated Shounen anime ever to ever exist. […]

[…] father and obtained the power to stand atop the entire nation. Him hosting the 3v3 King of Fighters tournament sparked the beginning of this anime’s […]