Yes, anime horse girls are a thing. It might come out as a surprise for some people, but anything and everything can become a cute anime character.

When I say horse girls, I am talking about both “centaurs”– the half human, half horse type and the “fully human with horse ears and tail” type characters.

And so, here is the list of the 7 most adorable anime horse girls I could find on the internet! Enjoy~

As its name suggests, this anime is a slice of life anime that focuses on the daily life of this centaur girl named Himeno Kimihara. 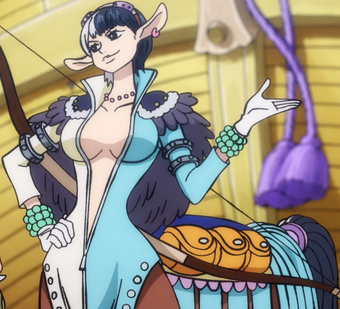 Speed is the headliner of BEASTS pirates who ate the horse SMILE fruit and got the abilities of a horse. However, she was later tamed by Tama’s devil fruit ability.

Centorea (Cera) is a self proclaimed knight who conducts herself in a noble way. She is skilled in archery, sword fighting and cooking.

Monster musume is an ecchi anime that features all kinds of monster girls and their daily life with a human they live with.

Shirohime is not exactly a horse girl. She is just a female horse, but she is sometimes shown as a human girl who can walk and talk like a normal person.

It is not known if she is capable of transforming into a human, or if it is just a visual effect the anime uses to keep things interesting. Regardless, she clearly has her horse girl moments, so I’m adding her to this list!

Chestnut is a character from Kemono friends: Uma no Friends. There are a few other horse girls in this anime, but Chestnut is the cutest among the bunch in my opinion. And so, this list is going to feature only her.

Kemono friends was pretty popular in Japan back in 2017. But it is not as popular among the western audience.

Special Week is a country girl who has always dreamed of becoming the best horse girl in Japan. In order to realize this dream, she transfers into Tokyo’s Tracen Academy.

As a horse girl, she has to participate in races and play her role as an idol at the end of the race.

Those who love sports anime and idol anime would absolutely love this show.

Uma-tan is a very shy and sensitive girl. She isn’t very confident and always breaks down into tears when she’s overwhelmed. However, she is a very kind and supportive person who cares for everyone.

These were all the most adorable horse girls in anime. Did I miss any? Let me know in the comment section below~

Also, if you liked what you read, consider subscribing to this blog by hitting the bell icon in the bottom right corner!

One reply on “7 Most Adorable Anime Horse Girls”

[…] Silvercrowv1 at Anime Everything Online […]